Wendy Sherman thinks her aim in talks with Russian officials starting Monday is to lecture them on the cost of hubris. Instead she’s set to lead the U.S., NATO, and Europe down a path of ruin, warns Scott Ritter.

If ever a critical diplomatic negotiation was doomed to fail from the start, the discussions between the U.S. and Russia over Ukraine and Russian security guarantees is it.

The two sides can’t even agree on an agenda.

From the Russian perspective, the situation is clear: “The Russian side came here [to Geneva] with a clear position that contains a number of elements that, to my mind, are understandable and have been so clearly formulated—including at a high level—that deviating from our approaches simply is not possible,” Russian Deputy Foreign Minister Sergei Ryabkov told the press after a pre-meeting dinner on Sunday hosted by U.S. Deputy Secretary of State Wendy Sherman, who is leading the U.S. delegation.

Ryabkov was referring Russian President Vladimir Putin’s demands to U.S. President Joe Biden in early December regarding Russian security guarantees, which were then laid out by Moscow in detail in the form of two draft treaties, one a Russian-U.S. security treaty, the other a security agreement between Russia and NATO.

The latter would bar Ukraine from joining NATO and rule out any eastward expansion by the trans-Atlantic military alliance. At the time, Ryabkov tersely noted that the U.S. should immediately begin to address the proposed drafts with an eye to finalizing something when the two sides meet. Now, with the meeting beginning on Monday, it doesn’t appear as if the U.S. has done any such thing.

“[T]he talks are going to be difficult,” Ryabkov told reporters after the dinner meeting. “They cannot be easy. They will be business-like. I think we won’t waste our time tomorrow.” When asked if Russia was ready to compromise, Ryabkov tersely responded, “The Americans should get ready to reach a compromise.”

All the U.S. has been willing to do, it seems, is to remind Russia of so-called “serious consequences” should Russia invade Ukraine, something the U.S. and NATO fear is imminent, given the scope and scale of recent Russian military exercises in the region involving tens of thousands of troops. This threat was made by Biden to Putin on several occasions, including a phone call initiated by Putin last week to help frame the upcoming talks.

Yet on the eve of the Ryabkov-Sherman meeting, U.S. Secretary of State Tony Blinken simply reiterated these threats, declaring that Russia would face “massive consequences” if it invaded Ukraine.

“It’s clear that we’ve offered him two paths forward,” Blinken said, speaking of Putin. “One is through diplomacy and dialogue; the other is through deterrence and massive consequences for Russia if it renews its aggression against Ukraine. And we’re about to test the proposition of which path President Putin wants to take this week.” 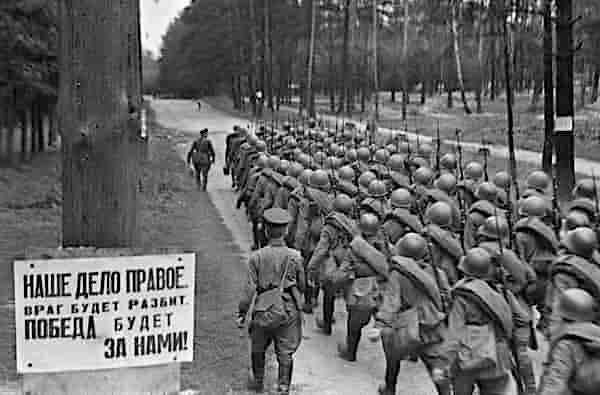 It is as if both Biden and Blinken are deaf, dumb, and blind when it comes to reading Russia.

Ryabkov has alluded to a fact already made clear by the Russians—there will be no compromise when it comes to Russia’s legitimate national security interests. And if the U.S. cannot understand how the accumulation of military power encompassed in a military alliance which views Russia as a singular, existential threat to its members’ security is seen by Russia as threatening, then there is no comprehension of how the events of June 22, 1941 have shaped the present -day Russian psyche, why Russia will never again allow such a situation to occur, and why the talks are doomed before they even begin.

As for the American threats, Russia has given its response—any effort to sanction Russia would result, as Putin told Biden last month, in a “complete rupture of relations” between Russia and those countries attempting sanctions. One need not be a student of history to comprehend that the next logical step following a “complete rupture of relations” between two parties that are at loggerheads over matters pertaining to existential threats to the national security of one or both is not the peaceful resumption of relations, but war.

There is no mealy-mouthed posturing by Foggy Bottom peacocks taking place in Moscow, but rather a cold, hard, statement of fact—ignore Russia’s demands at you own peril. The U.S., it seems, believes that the worst-case scenario is one where Russia invades Ukraine, only to wilt under the sustained pressure of economic sanctions and military threats.

Russia’s worse-case scenario is one where it engages in armed conflict with NATO.

Generally speaking, the side that is most prepared for the reality of armed conflict will prevail.

Russia has been preparing for this possibility for more than a year. It has repeatedly shown a capability to rapidly mobilize 100,000-plus combat-ready forces in short order. NATO has shown an ability to mobilize 30,000 after six-to-nine-months of extensive preparations.

The Shape of War 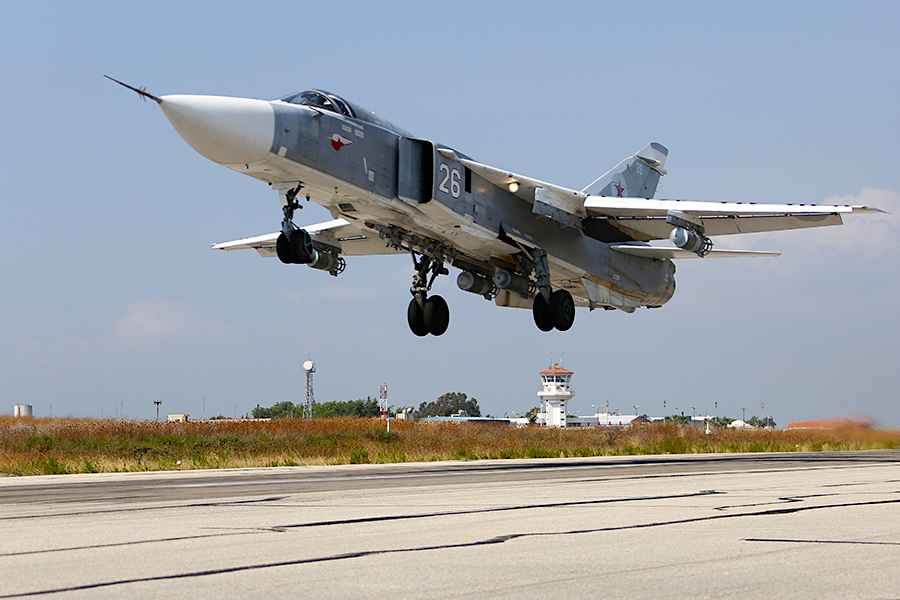 What would a conflict between Russia and NATO look like? In short, not like anything NATO has prepared for. Time is the friend of NATO in any such conflict—time to let sanctions weaken the Russian economy, and time to allow NATO to build up sufficient military power to be able to match Russia’s conventional military strength.

Russia knows this, and as such, any Russian move will be designed to be both swift and decisive.

First and foremost, if it comes to it, when Russia decides to move on Ukraine, it will do so with a plan of action that has been well-thought out and which sufficient resources have been allocated for its successful completion. Russia will not get involved in a military misadventure in Ukraine that has the potential of dragging on and on, like the U.S. experience in Afghanistan and Iraq. Russia has studied an earlier U.S. military campaign—Operation Desert Storm, of Gulf War I—and has taken to heart the lessons of that conflict.

Given the overwhelming supremacy Russia has both in terms of the ability to project air power backed by precision missile attacks, a strategic air campaign against Ukraine would accomplish in days what the U.S. took more than a month to do against Iraq in 1991.

On the ground, the destruction of Ukraine’s Army is all but guaranteed. Simply put, the Ukrainian military is neither equipped nor trained to engage in large-scale ground combat. It would be destroyed piecemeal, and the Russians would more than likely spend more time processing Ukrainian prisoners of war than killing Ukrainian defenders.

For any Russian military campaign against Ukraine to be effective in a larger conflict with NATO, however, two things must occur—Ukraine must cease to exist as a modern nation state, and the defeat of the Ukrainian military must be massively one-sided and quick. If Russia is able to accomplish these two objectives, then it is well positioned to move on to the next phase of its overall strategic posturing vis-à-vis NATO—intimidation.

While the U.S., NATO, the EU, and the G7 have all promised “unprecedented sanctions,” sanctions only matter if the other side cares. Russia, by rupturing relations with the West, no longer would care about sanctions. Moreover, it is a simple acknowledgement of reality that Russia can survive being blocked from SWIFT transactions longer than Europe can survive without Russian energy. Any rupturing of relations between Russia and the West will result in the complete embargoing of Russian gas and oil to European customers.

There is no European Plan B. Europe will suffer, and because Europe is composed of erstwhile democracies, politicians will pay the price. All those politicians who followed the U.S. blindly into a confrontation with Russia will now have to answer to their respective constituents why they committed economic suicide on behalf of a Nazi-worshipping, thoroughly corrupt nation (Ukraine) which has nothing in common with the rest of Europe. It will be a short conversation. 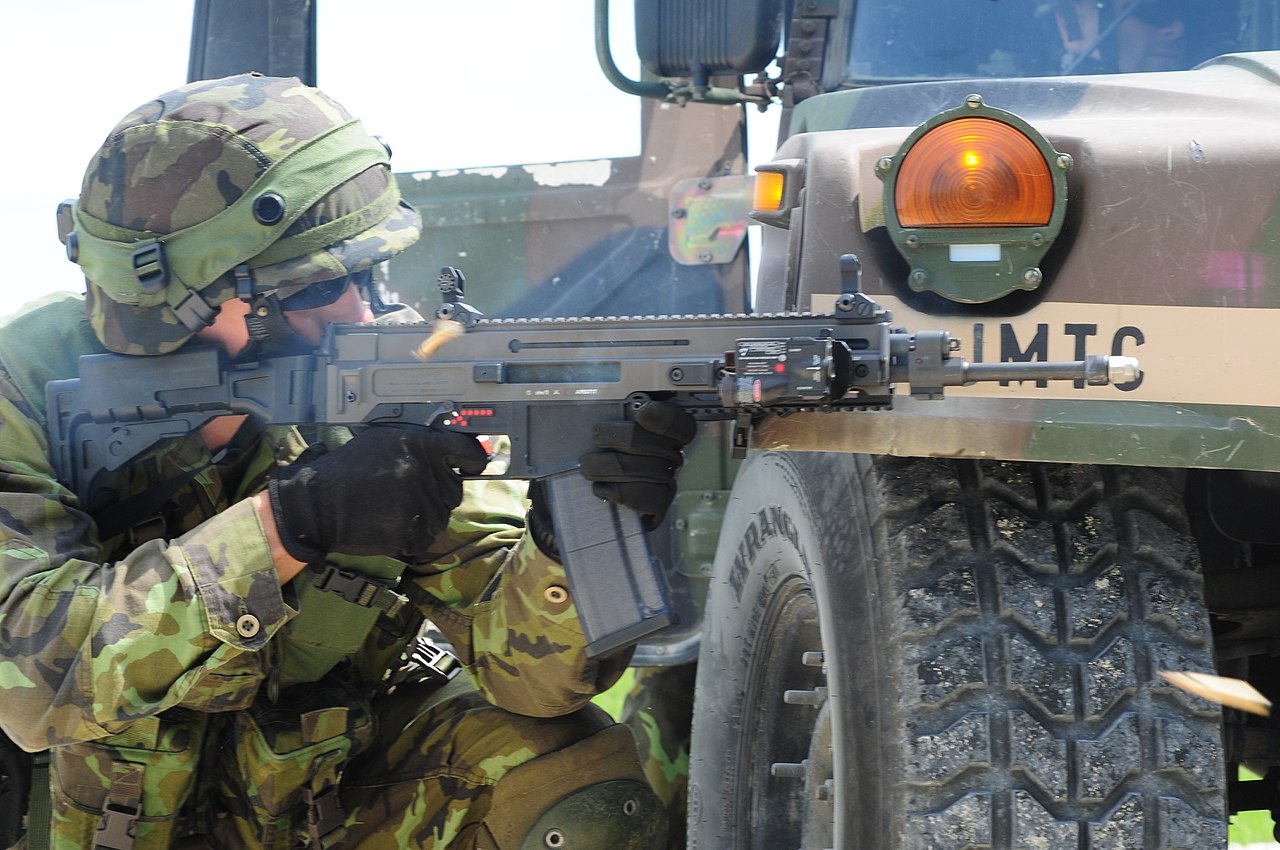 If the U.S. tries to build up NATO forces on Russia’s western frontiers in the aftermath of any Russian invasion of Ukraine, Russia will then present Europe with a fait accompli in the form of what would now be known as the “Ukrainian model.” In short, Russia will guarantee that the Ukrainian treatment will be applied to the Baltics, Poland, and even Finland, should it be foolish enough to pursue NATO membership.

Russia won’t wait until the U.S. has had time to accumulate sufficient military power, either. Russia will simply destroy the offending party through the combination of an air campaign designed to degrade the economic function of the targeted nation, and a ground campaign designed to annihilate the ability to wage war. Russia does not need to occupy the territory of NATO for any lengthy period—just enough to destroy whatever military power has been accumulated by NATO near its borders.

And—here’s the kicker—short of employing nuclear weapons, there’s nothing NATO can do to prevent this outcome. Militarily, NATO is but a shadow of its former self. The once great armies of Europe have had to cannibalize their combat formations to assemble battalion-sized “combat groups” in the Baltics and Poland. Russia, on the other hand, has reconstituted two army-size formations—the 1st Guards Tank Army and the 20th Combined Arms Army—from the Cold War-era which specialize in deep offensive military action.

Even Vegas wouldn’t offer odds on this one.

Sherman will face off against Ryabkov in Geneva, with the fate of Europe in her hands. The sad thing is, she doesn’t see it that way. Thanks to Biden, Blinken and the host of Russophobes who populate the U.S. national security state today, Sherman thinks she is there to simply communicate the consequences of diplomatic failure to Russia. To threaten. With mere words.

What Sherman, Biden, Blinken, and the others have yet to comprehend is that Russia has already weighed the consequences and is apparently willing to accept them. And respond. With action.

One wonders if Sherman, Biden, Blinken, and the others have thought this through. Odds are, they have not, and the consequences for Europe will be dire.

Scott Ritter is a former Marine Corps intelligence officer who served in the former Soviet Union implementing arms control treaties, in the Persian Gulf during Operation Desert Storm, and in Iraq overseeing the disarmament of WMD.