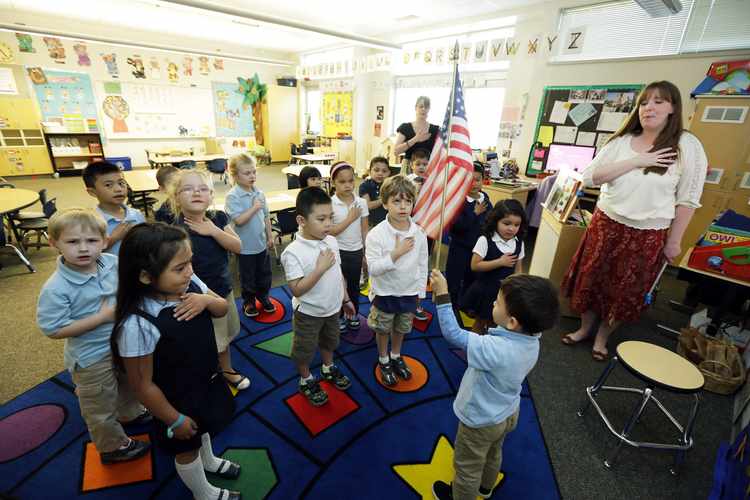 These initiatives that Republicans whipped up to rail against are usually not a problem, but rather a wandering outrage in search of a problem.

The theory, born in the 1970s among legal scholars, uses race as a lens through which to examine structures of power. It was, I would argue, a relatively obscure concept — not because it lacked merit, but because it was novel.

That was until Donald Trump elevated it in order to attack it.

In September of 2020, during the run-up to the presidential election, with Trump trailing in the polls, the Office of Management and Budget issued the following directive:

Critical race theory was simply an analytical tool, but to some white people, the fact that white supremacy was overtly used to infect America’s systems of power with both racial oppressions and racial privileges is too much to handle. It is discomforting. It unravels the American myth.

But critical race theory doesn’t diagnose the country as evil, even though it is beyond dispute that some evil people designed the architecture of racial oppression in this country and that there are still some who help maintain it.

In fact, I don’t even believe that most people have any real concept of what critical race theory is. It’s just a collection of words that hint, to them, at agitation and aggrievement: a theory that mentions race and that is critical, or, in their minds, criticizes.

Critical race theory began to stand for any teachings that challenged the narrative that white America had crafted about the country, and that unveiled any truths that it had tried to hide or erase.

Identifying and challenging racism was seen by some as racist. Pretending racism didn’t exist — that merit and sloth, excellence and pathology, explained away racial imbalance — was viewed as egalitarian and unifying.

So the rush by states across the country to ban the teaching of critical race theory in schools isn’t really about a real threat. Very few schools even teach C.R.T. as a core part of their curriculums, if at all.

Republicans are using their tried-and-true playbook of fear mongering about the rise of otherness and the displacement of whiteness, the white patriarchy and a dominant white narrative.

Right-wing politics in America is exhausted, out of ideas on how we should proceed and progress as a country, so instead they focus on maintenance: How can power and influence be maintained in its current form — white-controlled, largely by straight white men — or, how can we revert to a time in which they had even more power?

This is done by whipping up hysteria in the base about something, anything, that threatens to bring about fuller inclusion of more people and an expansion of rights.

This attack on critical race theory is no different than the rush during the Obama administration by states to ban Shariah law in state courts, even though there was absolutely no threat that Shariah law would be recognized or used in those courts. This is simply an extension of the Barack Obama-is-a-secret-Muslim conspiracy and the backlash to his presence in the White House.

In fact, in the Republican primaries to pick a challenger to Obama in his re-election bid, Republican candidates were falling all over themselves to condemn Shariah law. However, in the 2016 primaries, the anti-Shariah law crusade died down. In its place, Trump vowed to ban Muslims from entering the country.

The freakout about critical race theory is also not dissimilar from the ongoing attack on trans people, particularly people who were assigned male at birth. First came the introduction of a wave of “bathroom bills” that made it a crime to use a bathroom designated for a sex different from the sex you were assigned at birth. Most of these bills failed.

Now states are moving to ban trans girls and women from participating in high school and college sports, although this is not really an issue. As Larry Strauss, a USA Today columnist, pointed out in April:

“In the more than eight years since the California Interscholastic Federation (CIF) began allowing high school athletes to compete as the gender with which they identify — regardless of what they were assigned at birth — there has not been a single case in which a trans female athlete has been dominant enough to stir protest.”

Just like these initiatives that Republicans whipped up to rail against were by and large not a problem, but rather a wandering outrage in search of a problem, critical race theory is not a problem.

Republicans know that there are a few cultural buttons that they can push to easily generate enough fear and outrage to energize their voters and get them to the polls: the ascension of nonwhite people, the immigration of nonwhite people, a threat to white security, a displacement of white power and white culture, an expansion of rights for “the gays” and abortion.

Republicans attack as a form of rallying cry.

Share
Facebook
Twitter
WhatsApp
Linkedin
Email
Previous articleJoe Manchin Can’t Have It Both Ways
Next articleWhen Evil Lived in Laurel: The “White Knights” and the Murder of Vernon Dahmer

How many more provocations of Russia will the situation...
Read more
News of Africa

Sweden could not expect Turkey’s support for its Nato...
Read more