Vaccines our best way out of this pandemic, including ‘effective & safe’ Sputnik V jab – WHO Europe executive director to RT 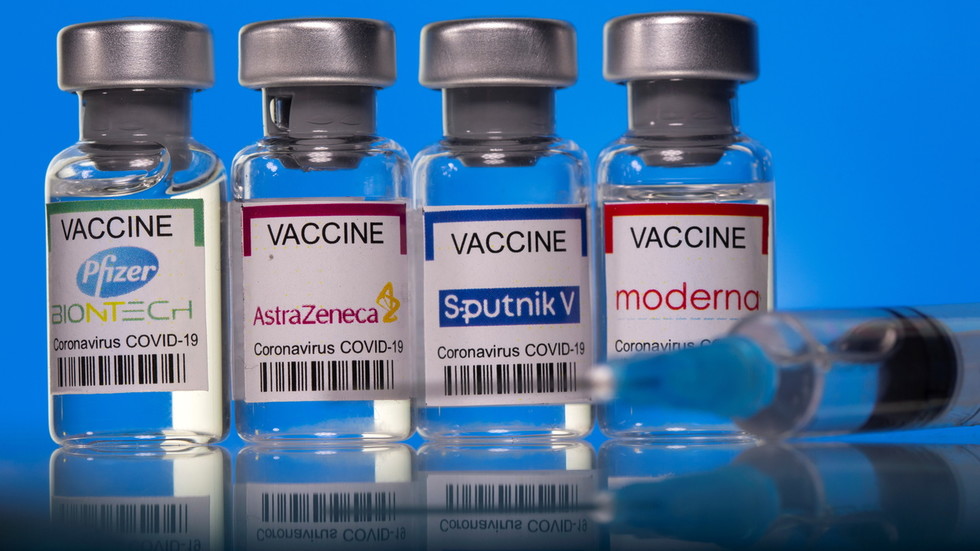 All vaccines will be needed to defeat Covid-19, including Russia’s Sputnik V and UK’s AstraZeneca, Robb Butler, WHO Europe executive director, told RT, calling on governments to ramp up their immunization drives.

WHO Europe covers 53 nations on the continent, not just European Union member states, and Sputnik V has come to the “aid and support” of the countries that were unable to get EU-approved Pfizer, AstraZeneca and Moderna jabs, Butler, the head of the World Health Organization’s Europe regional office, told RT on Friday.

“Sputnik V vaccine, from what we’ve seen from the Russian Federation, from the data that’s available, appears to be an effective and safe vaccine,” Butler said, adding that the jab still needed to pass through a certain certification process to be ready for what he called “a larger market.”

We’re confident that in the very near future that vaccine will be of use to everybody across the globe.

When asked about the possible reasons behind the reluctance of the European Medicines Agency (EMA) to greenlight the use of the Russian jab in the EU, Butler responded by saying: “I don’t think that politics is something that we should necessarily discuss in terms of vaccines.”

Hungary and Slovakia are so far the only two EU states vaccinating their people with Sputnik V, with Austria also being on the brink of signing a deal with Russia. Those countries have used a clause in the bloc’s legislation which allows members emergency use of vaccines even if they aren’t approved by the EMA.

Sputnik V has already been registered in more than 50 countries, with some 20 nations also signing deals with the Russian Direct Investment Fund (RDIF), which bankrolled the development of the jab, to produce it at home.

WHO ‘alarmed and frustrated’ by coronavirus situation in Europe

The WHO official talked to RT in the wake of a harsh statement by his organization, which blasted the European governments for “unacceptably slow” vaccine rollout that was only “prolonging the pandemic.”

“We’re both alarmed and frustrated at the moment,” Butler revealed. The cause for alarm was that the continent was approaching 1 million coronavirus-related deaths and already recorded over 44 million confirmed cases; the sources of the frustration are the lockdowns in which many Europeans spent from 120 to 140 days, and the fact that “we don’t see these vaccines reaching arms fast enough.”

n order to straighten things out, the manufacturers should ramp up their vaccine production capacity and share their technology, he insisted. As for the governments, they need “to improve their vaccination plans, ramp up; speed up that vaccination process” and make sure that people are “confident” in the jabs that they’re injected with.

“The longer we wait, the higher the likelihood that the virus will mutate and that we’ll see variants escape vaccine.”

One vaccine that’s appeared to be rapidly losing people’s trust recently is the UK’s AstraZeneca jab, which had been suspended by a dozen countries in the EU and elsewhere over reports that it causes blood clots.

“It’s not great that we’re turning our back on a perfectly good vaccine,” the WHO official said. However, the organization “didn’t bemoan” the countries that decided to put AstraZeneca shots on hold as a precaution, he added.

“There is no causal association at this point proven” between the British vaccine and formation of blood clots, Butler said. At the same time, the official acknowledged the need to keep monitoring the vaccine’s performance and side effects.

“We still very much promote the use of it,” Butler said. According to him, the advantage of AstraZeneca’s jab was that it “doesn’t require cold chain or specialist equipment to get out into the health centers, which means we can basically send this vaccine to every corner of the world.”

Lockdowns are ‘acceptable’, but must be used strategically

Covid-19 restrictions became a huge challenge for humanity over the past year, causing massive damages to people’s mental health and crippling the economies. Protests against government restrictions with violence and arrests have rocked many countries, including traditionally calm European nations like Austria and the Netherlands.

“We’re all suffering in a lockdown situation,” but this suffering shouldn’t be in vain, Butler pointed out. “If we introduce lockdowns in member states we have to use that time to invest in preparing and building resilience for potential future waves of the virus. We have to take this as an opportunity – whereas we see lockdowns happen and we don’t see countries taking that opportunity.”

The WHO believes that restricting people to their homes was “acceptable,” but lockdowns should be “used strategically;” they should be localized or made softer over time, he said.

And one thing that the governments shouldn’t forget, while imposing curbs, is that “the vaccines are actually our best way out of this pandemic,” Butler added.

The WHO Pandemic Treaty Secret Negotiations. Crimes against Humanity. Dr. Tedros is in “Conflict of Interest”

All Global Research articles can be read in 51 languages...
Read more
North America

As I have documented in my free e-book The FDA,...
Read more