Alphabet unity will lead to language unity and it will pave way for unity in thoughts, says head of International Turkic Academy 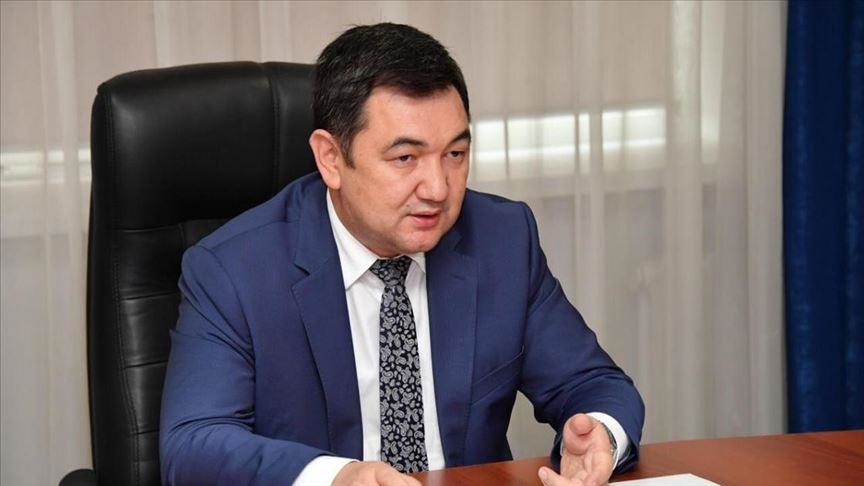 The Turkic languages – a group of closely related languages that form a family within the Altaic language group – unite nations spread across three continents, according to the head of the International Turkic Academy.

“The languages that have come to this day passing through centuries and uniting continents have not changed,” Darhan Qydyrali told Anadolu Agency in an exclusive interview.

Turkic languages are distributed over a vast area in eastern Europe and Central and North Asia, ranging, with some interruptions, from the Balkans to the Great Wall of China and from central Iran to the Arctic Ocean.

“Our traditions, our past, history, stories, thoughts, dreams, and our folk songs … all of them live in the Turkic language,” he said.

Qydyrali said there is no difference between the Turks living in the highlands of Kazakhstan and in Turkey’s Anatolia region. Even the poems of the 12th century Sufi poet Ahmad Yesawi and prominent Turkish folk poet and Sufi mystic Yunus Emre are very similar, he added.

“I think the most important element of language studies is the alphabet unity. There are good developments on this right now.”

He underlined that a common alphabet enables people living in different countries to easily read, understand and communicate, adding that the International Turkic Academy has “great” projects on this perspective.

He went on to say that Kazakhstan is about to switch to the Latin alphabet, and there are “good developments” in Uzbekistan in this direction.

Despite gaining independence from the Soviet Union in 1991, Kazakhstan has continued to use the Cyrillic alphabet like other former Soviet countries since 1940. However, it decided to switch to the Latin alphabet in 2017 upon the instruction of then President Nursultan Nazarbayev.

The National Alphabet Commission was established and efforts to transition to the new alphabet were initiated. Since then, writing the names of state buildings, streets, shops, and pharmacies with the Latin alphabet has become widespread in the Kazakh language.

Emphasizing that 2021 marks the 30th anniversary of the independence of the Turkic states which once had been under the Soviet Union, Qydyrali said “very good work” has been done in these three decades, including the intergovernmental projects, such as Akhmet Yassawi University in Kazakhstan and the Kyrgyz-Turkish Manas University in Kyrgyzstan.

Akhmet Yassawi University, co-founded by Turkey and Kazakhstan, is offering education in the southern city of Turkistan.

Manas University in the Kyrgyz capital Bishkek was established in 1995 on a charter signed by the Kyrgyz and Turkish governments.

Qydyrali also highlighted the importance of the student project of the early 1990s, when nearly 10,000 students from various Turkic states received education in those countries, and “contributed greatly” to the formation of a unity.

In the interview, Qydyrali also touched upon the Turkish TV series, noting that they are “very influential now” abroad as well as in Turkey.

“For example, the TV series produced by [Turkey’s state-run broadcaster] TRT are very famous not only in the Turkic world but also in the Eurasian continent,” he said, adding that he witnessed a great interest in the Turkish-made TV series also in Pakistan, India, Malaysia, and the Arab countries.

“These are important in terms of providing common historical awareness.”

Our international organizations are now making a very important contribution to this sector, he said.

“I think that our [Turkic world’s] international organizations are the best concrete result of our 30 years of cooperation between the states,” Qydyrali concluded.

How AIPAC went from Lobbying for Israel to quashing...
Read more
North America

Russian-Ethiopian Relations Are The Perfect Model Of Multipolar Partnership

These civilization-states have always had leading roles in their...
Read more