Defence department says it will weigh risks of sales to Saudi Arabia and the UAE, despite calls from human rights groups to follow Joe Biden’s lead

Australia is not planning a blanket ban on military equipment sales to Saudi Arabia and the United Arab Emirates – but says it will weigh up “emerging risks” when considering export applications.

Civil society groups have urged Australia to follow the lead of the new US president, Joe Biden, who announced last week he was ending “all American support for offensive operations in the war in Yemen”.

Other countries have been rethinking their policies. Italy announced shortly after Biden’s inauguration that it was halting the sale of missiles to Saudi Arabia and the UAE. 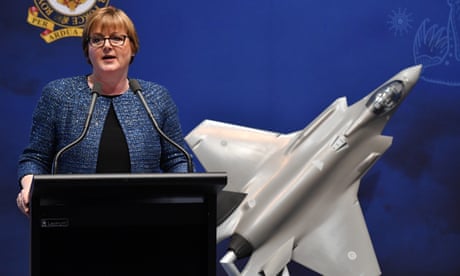 Saudi Arabia and the UAE launched a military offensive in support of Yemen’s president, Abd-Rabbu Mansour Hadi, against Iran-backed Houthi rebels in 2015, leading to what has been described by the United Nations as the world’s worst humanitarian crisis.

A report presented to the UN human rights council in September said the parties to the conflict in Yemen “continue to show no regard for international law or the lives, dignity, and rights of people in Yemen, while third states have helped to perpetuate the conflict by continuing to supply the parties with weapons”.

When asked on Wednesday if Australia was planning to review its approach to sales of military equipment to Saudi Arabia and the UAE, the defence department did not outline any policy changes, but defended the existing approvals system.

Australia has issued five permanent permits for export of military goods to Saudi Arabia between August 2019 and October 2020, and nine such permits for the UAE over the same period, as Guardian Australia reported last month.

The defence spokesperson said each application was assessed on a case-by-case basis “using contemporary information”. It included consideration “of whether an export would be prejudicial to the security, defence or international relations of Australia”.

A permit would be refused if it was assessed “that there is an overriding risk that the goods and/or technology may be used contrary to the national interest, including to commit or facilitate serious abuses of human rights”.

“Australia’s export controls facilitate the responsible export of controlled goods and technologies where those exports do not prejudice the national interest,” the spokesperson said.

Several groups, including Amnesty International, Human Rights Watch and Save the Children, have called on the Australian government to suspend arms sales to Saudi Arabia and the UAE.

The deputy chief executive of Save the Children Australia, Mat Tinkler, said the government’s response was “bitterly disappointing”.

“The Australian public have a right to know exactly what weapons are being exported from Australia and if they could be fuelling the world’s worst humanitarian crisis,” Tinkler said.

“More than 85,000 children under five in Yemen have died of starvation and more than 24 million people are in need of urgent humanitarian support.

Biden used a foreign policy speech at the state department last week to declare that the US would step up its diplomatic efforts to end “a war which has created a humanitarian and strategic catastrophe”.

The US president said the people of Yemen were suffering “unendurable devastation”.

“This war has to end, and to underscore our commitment, we are ending all American support for offensive operations in the war in Yemen, including relevant arms sales,” Biden said. Few details have been released.

Guardian Australia asked the Australian defence department whether the US had made any representations to it about arms sales to the region.

The spokesperson said: “The Australian government and the United States have had a number of discussions with the Biden administration on a range of global challenges, and regularly discuss defence issues.”

Australia’s response to the Biden move is similar to that of the UK.

British ministers declined this week to follow the US lead, saying that the UK “takes its own arms export responsibilities very seriously, and we continue to assess all arms export licences in accordance with strict licensing criteria”.

The UK suspended new arms sales to Saudi Arabia in June 2019 when they were ruled unlawful by the court of appeal, but has since resumed sales. The resumption prompted a new legal challenge.

Germany suspended arms exports to Saudi Arabia in 2018 amid outrage over the murder of Saudi journalist Jamal Khashoggi at the Saudi consulate in Istanbul, and has extended that ban several times.

Analysts have previously called on the Australian government to show more transparency in the way it discloses exports of weapons and other military goods, which are shrouded in secrecy.

The government has not released information about the particular equipment that has been exported to Saudi Arabia and the UAE, arguing such details were “commercial in confidence”.

In a response to a Senate committee, the defence department said Australia’s defence strategic goods list specified “a broad range of equipment as military goods”.

But it said such goods could include weapons and munitions but also armour, radios, simulators and training equipment “which are not necessarily for a military purpose”.

On Tuesday, the New Zealand prime minister, Jacinda Ardern, asked for the Ministry of Foreign Affairs and Trade to investigate after it was revealed an Air New Zealand company worked on the engine of a Saudi Arabian navy ship.

The announcement last month that the Biden administration would...
Read more
News By Country

There are currently only two Jewish heads of state...
Read more
News of Africa