Africa Must Eliminate the AFRICOM Threat 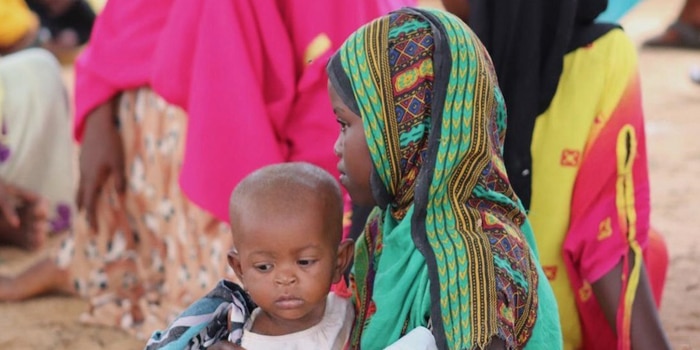 Earlier this month U.S. Africa Command (AFRICOM) grudgingly acknowledged that two civilians were injured in a U.S. airstrike in Somalia.  According to Amnesty International, civilian deaths and injuries in Africa caused by the U.S. military are not an aberration. The organization cites a monitoring group’s report which says that in the first quarter of 2020, the U.S. military conducted 32 air strikes in Somalia, outpacing its 2019 record of 63 such attacks during that year. Amnesty’s website reports:

“Since Amnesty International’s ground-breaking March 2019 report The Hidden U.S. War in Somalia , the organization has carried out in-depth investigations into eight U.S. air strikes that killed civilians in Somalia’s Lower Shabelle and Middle Juba regions. Along with [a strike in the small town of El Buur, Somalia that killed two civilians], they killed a total of 21 civilians and wounded 11. In every case AFRICOM has failed to contact the families of the deceased.”

Several years ago, some may have vainly hoped that the AFRICOM operations conducted by Bush and Obama might abate because of Trump’s call for the withdrawal of many U.S. troops from Africa. Although there have been plans for the drawdown of U.S. troops, these moves did not signal an abandonment of an overarching plan to militarize the African continent. As we now understand, the strategy was to reduce the presence of U.S. military personnel while at the same time increasing the use of armed drones.

In 2018, Alice Hunt Friend of the Center for Strategic and International Studies was quoted as saying: “…[F]rom a community relations perspective and from a public relations perspective … African communities are extremely sensitive to U.S. presence. Drones could certainly upset that latent anxiety.” Drone attacks have caused more than anxiety. There is overwhelming rage because of the consequent widespread destruction and the deaths of civilians. Worse still is AFRICOM’s habit of covering up its crimes by defaming its civilian victims.

“The U.S. military should not be allowed to continue to paint its civilian victims as ‘terrorists’ while leaving grieving families in the lurch. Much more must be done to reveal the truth and bring justice and accountability for U.S. attacks which killed so many Somali civilians, some of which amount to apparent violations of international humanitarian law,” said Abdullahi Hassan, an Amnesty International researcher.

In response to such criticism, AFRICOM’s commander stated: “Our efforts to degrade dangerous terrorist threats while also avoiding civilian casualties and remaining transparent are without parallel.” That statement is both disingenuous and fascinating. That’s because AFRICOM has chosen a remarkable method for learning about civilian injuries and casualties. It invites those with information about these matters to complete an online questionnaire. The preface to the questionnaire states:

“U.S. Africa Command takes all allegations seriously and maintains processes to conduct thorough assessments using all available information that may factor into findings. Please include the date and location of the incident, as well as any other details that can help assess the allegation. If you don’t have an e-mail address, ensure a phone number is provided so we can reach you.”

Amnesty International and other NGOs are unable to learn of all civilian injuries and deaths. This means that unless AFRICOM has other methods of learning about victims of their attacks we are left to presume that after a U.S. bombing mission demolishes a small village in rural Somalia, or Niger, devastated survivors themselves are expected to say: “I really ought to let AFRICOM know about this!” Are they then expected to dig through the rubble, retrieve a laptop computer that remains miraculously undamaged, and complete the online questionnaire? If telephone service is wiped out during the attack, are they nevertheless expected to scrupulously follow instructions and provide e-mail addresses and phone numbers?

AFRICOM and U.S. presidents may be clueless, but other members of the military-industrial complex have a more nuanced, sophisticated analysis. A statement by the U.S. Chamber of Commerce cuts right to the chase. It says: “… [T]he future of our export driven economy lies in Africa…” The statement goes on to say: “The rise of terrorist activities across Africa threatens the safety of millions of people as well as investments by U.S. based companies.”

Although the Chamber of Commerce (like most imperialists) makes no distinction between terrorists and those Africans who are simply resisting foreign exploitation or waging struggles for liberation and self-determination, the group at least acknowledges that African resistance is the product of suffering. The statement says: “The reality is that many of the people that are joining the ranks of terrorist groups are doing so out of desperation, not ideology. In fact, the majority would much rather have jobs that provide long term benefits and feed their families.”

Notwithstanding the Chamber of Commerce’s insight, the group’s solution to Africa’s problem is apparently not driven by a desire to save African lives, but rather by a desire to enhance imperialist effectiveness. The statement says: “If we can increase U.S. investments in the region and create jobs, we stop the growth of terrorist networks in Africa. We also help to build a new consumer base that desires American products and services, thus creating jobs here.”

Although AFRICOM exists to facilitate the corporate world’s exploitation of the African continent, it is a military project that isn’t designed to build infrastructure, or to finance development projects, or to do other things the Chamber of Commerce believes necessary for the U.S. to charm its way into African hearts and thereby reach America’s full exploitative potential. AFRICOM is designed to do only one thing well, and that is to kill Africans.

Because U.S. presidents have stubbornly relied most heavily on the military option, they have proven themselves to be not only violent imperialists, but stupid violent imperialists as well. If instead of drone attacks and death the U.S. built highways, high speed rail systems and hospitals, Africans would be even more confused about the true aims of the smiling imperialists bearing gifts and would likely do more to facilitate their own exploitation.

Global Africa must take full advantage of the United States’ strategic error and in this window of opportunity find a way to eliminate the AFRICOM threat and otherwise out-think and out-maneuver all forces that stand in the way of Africa’s campaign to achieve not only peace, but independent self-determined power.