Ethiopia: Shutting Down The Internet As Tool For Statecraft

ADDIS ABABA — Would you sacrifice your freedom to feel safe? Following days of deadly rioting this summer, Ethiopians are increasingly clear on the answer. Not for the first time, this former communist dictatorship in northeastern Africa decided to block the Internet to stifle a growing protest movement online, after the murder of a singer from Ethiopia’s main ethnic group, the Oromo.

One wonders whether Ethiopia’s reality justifies limiting people’s rights and liberties to keep the peace. In the 18th century, Benjamin Franklin warned that “those who would give up essential liberty, to purchase a little temporary safety, deserve neither liberty nor safety.” It’s a pertinent concept today in the face of challenges posed by new technology and online privacy.

Conflicts are of course more primordial, if that is the term: they are about being able to work, feed your family and school your children, access medical assistance of a reasonable level, use reliable public transport, assure a democratic polity… Or indeed, ensure social protests will not also burn down your home and business.

And so it was, on June 30 that Ethiopia woke up to the news of the murder the night before of the singer and activist Hachalu Hundessa.

The social networks were ablaze within hours, mobilizing and assembling thousands of Oromo followers who proceeded to sow chaos in Ethiopian cities including the capital, Addis Ababa.

Social networks here seem to have become a hotbed of incendiary rumors and suspected conspiracies that fuel ethnic hatred and systematic disinformation campaigns. These are particularly promoted by extremist opposition groups and activists of the Ethiopian diaspora, notably those in the United States.

Curiously they make their incendiary declarations from the comfort and security provided by the Internet, while the consequences as always are paid by people on the ground.

Filled with rage at the death of their idol, sickened by a sense of historical discriminations and egged on by leaders online, numerous Oromos took to the streets to protest, with too many smashing everything along their path! Their compatriots were both frightened and astounded by police inaction. The police had been taken by surprise and weren’t receiving clear orders, and in cases connived with fellow tribesmen with whom they may have sympathized.

There were chilling eyewitness accounts of properties being burned down, and individuals lynched or beheaded.

How do you stop the madness?

And while senior officials were thinking of a response strategy, the vilified citizenry began organizing and defending itself. Then, after two or three days of silence and terror on the streets and with the country on the brink, the army was deployed to restore order. Some 200 people had died, hundreds more were injured, 7,000 detained and the cost of damage to property was enormous.

How do you stop the madness? The only way possible, says the government, was to block Internet access. When disturbances erupt in Ethiopia, an engineer somewhere in the capital receives a call from a number he knows all too well, and is ordered to proceed with shutting down the web. The entire country is thus deprived of what has become a basic need in our time. No e-mail, no Google search, no messaging, online education, news, hotel bookings or shopping for that matter… And needless to say, no social networks.

The entire country was engulfed in digital darkness. The measure gradually calmed the fury of the masses who could no longer congregate fast and effectively. The instigators were detained and without their leaders, protesting groups began dispersing. Normality gradually returned over the following weeks.

The first to recover internet access were the diplomatic corps, then essential public services. Domestic ADSL was then restored and when everything is under control and the chief mutineers are behind bars, the Internet is finally available on all mobile devices. Until the next incident of course…

This has been the leitmotiv of Ethiopia’s history in the past five years. Those who have visited dictatorial or authoritarian countries or those that appear democratic but really have a strongman in charge, will understand what we mean. 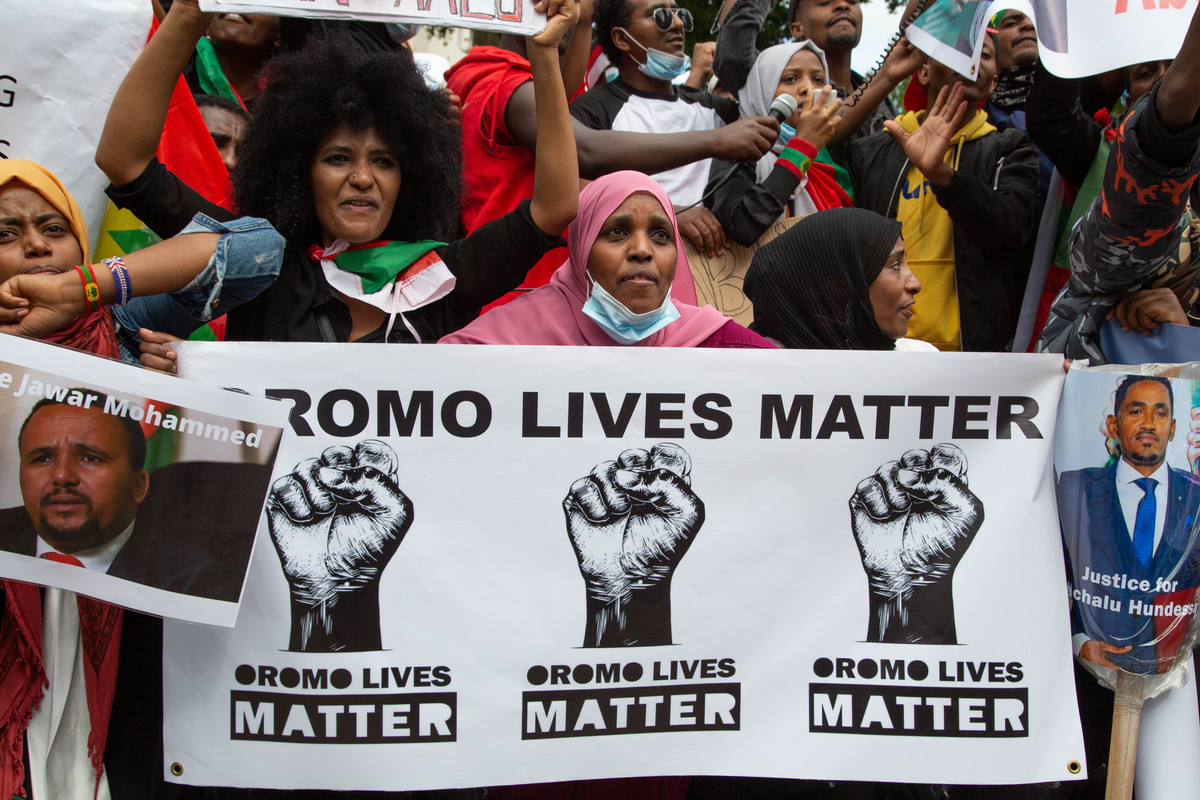 Visiting or living in such places more or less safely is only possible with a national system of rigorous controls and vigilance, with internal espionage and the pervasive presence of security forces that keep people safe, but also ‘in check.’ Ethiopia was this type of country from the 1990s until its recent political rebirth.

In recent years, the glasnost policies enacted by the government of Dr. Aby Ahmed — himself an Oromo — seem to have proven costly. The president may have lost some control over events, with problems arising around the country. In the north, the Tigre minority, which has lost its historically privileged position, wants instability that could restore it to power. The west is seeing ethnic Somali separatism and elsewhere, the Oromos feel betrayed by the man they used to consider their leader.

Faced with the difficult task of keeping so many ethnic tensions in check, the government has turned to authoritarian tactics that had apparently ended with the dissolution of the old government. Ethiopia seems to have become dependent on a measure that would be derided elsewhere as a violation of the freedom of speech and the perfect trigger for an economic meltdown.

And citizens have become resigned and learned not just to live with shutdowns but also see its utility, in spite of the many inconveniences.

Speaking with Ethiopian in the capital and especially members of the new middle classes — generally better traveled and educated — they exude an unmitigated weariness. They give off a sense of the erratic destruction of years of personal effort to better your conditions and those of the country. A life of sacrifice will only get you so far, and ultimately, chaos is always around the corner.

You may even be given the impression that liberal democracy is impossible in Ethiopia. And one must ask: Is civil liberty such a universal and imperious principle as to require the sacrifice of personal safety?

Some years ago, the country became a darling of the press as a paragon of economic growth in Africa and choice travel destination, exemplary for its peace on this continent of unending crises. But more recent instability has dissuaded tourists and foreign investors, and is even prompting domestic investors to pack their bags. It is yet another brain drain in an African country..

Ethiopia’s prosperity thus demands social and political stability, and security. Democracy remains an objective, even if not fully practicable on an everyday basis. The recent actions of sectors in this country, suggest the country remains unprepared for Western-style democracy.

Perhaps democracy, that big word, is simply too big and unpalatable for Ethiopians right now.